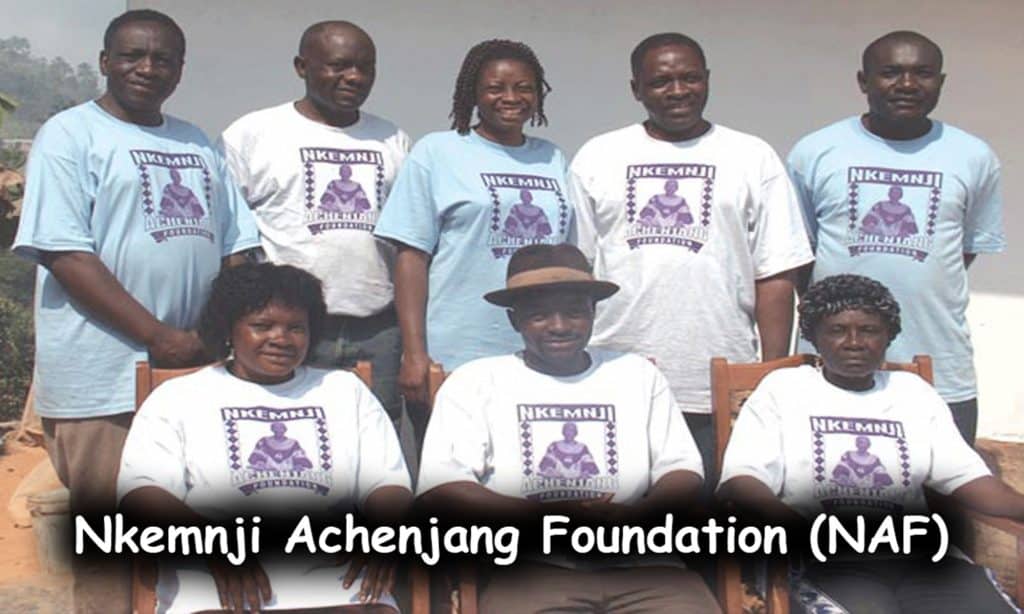 To foster and spread generosity, love, and the philanthropic ideals of Mbe Nkemnji Achenjang through charitable works.

To improve the lives of disadvantaged individuals and families through research, lectures, publications, and community outreach programs.

NAF’s vision is to remove obstacles that poverty, preventable diseases, and socio-cultural issues place in the path of disadvantaged and vulnerable individuals and families.
Contact us

We all have limitations, blind spots, fears, pains, and brokenness. Mbe Nkemnji Achenjang carried the Spirit of Christ in his heart and reached out to those who could be on the margins or judged by society.
To carry on the legacy of compassion and generosity, his loved ones, sympathizers, and friends began the charitable organization Nkemnji Achenjang Foundation (NAF). In this light, we seek your prayers, involvement, and support as NAF continues to make a difference by investing in human dignity and offering hope and pennies of faith. With assistance from our networks, we help recipients by empowering them to be self-sufficient.
Once we identify basic needs through first-hand evaluations and experience, we address the needs with appropriate, practical, convenient, and lasting solutions.

NAF is a charity committed to integrity, stewardship, and compassion that lifts spirits, brings hope and a brighter future to the needy. NAF advances the spirit of donation and seeding for every recipient’s benefit, using 100% of every donation and gift.

NAF alleviates societal inequities by helping destitute individuals and families achieve and maintain equality. NAF does this through social programs, charitable donations, partnerships with like-minded organizations, and more. Thanks to the committed NAF team, partners, and recipients, NAF is moving steadily towards what it needs and wants to be.